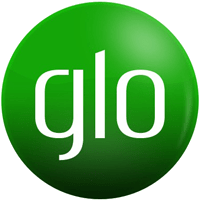 GLO has over 45 million subscribers (December 2018), making it the second-largest network operator in Nigeria.

Glo Mobile, a subsidiary of Globacom, is Nigeria’s second-largest Mobile Network Operator. In the first year of operation, it had one million subscribers in over 87 towns in Nigeria and over 120 billion Naira in revenues. Glo Mobile has now spread to other African countries, namely Benin and Ghana. Glo Mobile’s subscriber base in Nigeria stood at over 45 million by December 2018.